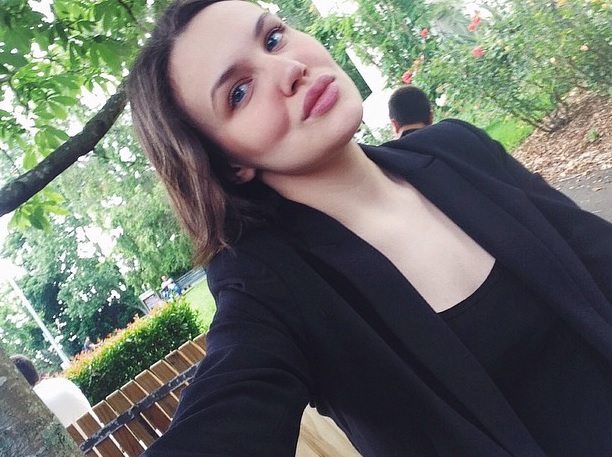 Imagine winning a trip to New Zealand and a free course at Languages International. That dream came true for one lucky Russian university student. In June last year Karolina won a beauty contest at her university, gaining the title “Miss Higher School of Economics-2014.” The contest was co-sponsored by Russian travel consultancy Abel Tasman. The main prize was a trip to New Zealand, including a 2-week English course at Languages International, which Karolina took earlier this year. Karolina shares her experience below.

It’s been half a year since I became Miss Higher School of Economics-2014, and I’m really enjoying this title! It may sound naïve and childish, but I’m telling it honestly and sincerely. This contest has really changed my life (oh, that popularity at University and new Instagram-followers!). However, the true miracle was waiting for me in the future. This miracle was the main prize, namely the trip to Auckland, New Zealand, at Languages International.

My trip took place at the beginning of January, when summer is in full swing in the country near the bottom of the world. I had to leave cold and snowy  Moscow and to arrive to warm and sunny Auckland. All that stood between me and it was a 25-hour flight, which literally flew by. 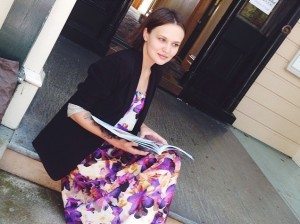 I departed from Moscow at 9.40 p.m. on 2 January, and I arrived in Auckland at 4.40 p.m. on 4 January. I had ten hours to spend during the transfer in Guangzhou, and I decided to take a little trip across the city. What’s really exciting is that I crossed three time zones: the gap between Moscow and Guangzhou is five hours, and it’s ten hours between Moscow and Auckland.

New Zealand is a country where a new day starts earlier than in the rest of the world. When I put my foot on wonderful New Zealand soil, Aucklanders had already eaten their lunches, while Muscovites were just making their breakfasts.

The thing that struck me in the airport was the careful and serious attitude to biosecurity. The slogan ‘declare or dispose’ for  carried food is everywhere at  New Zealand customs. But a second after I passed (successfully) the customs, I realized why the treatment of nature is such an important issue in New Zealand. Its nature is really worth protecting!

I can’t even describe how much I was amazed by that plenty of green that I saw! And I’ll never forget that incredibly fresh and clean air! I bet the air itself intoxicates every inhabitant of a megalopolis like Moscow who comes to New Zealand!

In the airport I met the representative of Languages International and we went to my homestay. On our way, the enormous palms along the roads excited me. Instead of concrete constructions dividing lanes, there were plants, and that fact really surprised me. Plants were everywhere! It was nothing other than a paradise, I thought. 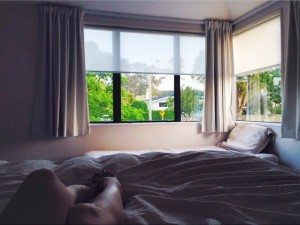 When I arrived at my homestay, I saw a big house with a nice garden in front of it. My kind homestay-granny Marion met me on the threshold. She showed me the place where I would stay for next two weeks. I said to her, “Marion, it’s adorable, it’s five stars!” She smiled nicely in response.

My room was light and wide, with a large bed and a big window near which another bed (a little one) was situated. In addition, I had my own dressing room with a large mirror (the full length of the vanity, which is the best solution for mirror selfies!) and my own bathroom as well.

I left my luggage and decided to stroll a little. There was the great Cornwall Park within a stone’s throw of my homestay. There I noticed lots of sheep, cows and jogging Aucklanders (btw, this kind of activity is much more popular in Auckland than in Moscow). Such a tranquil landscape! 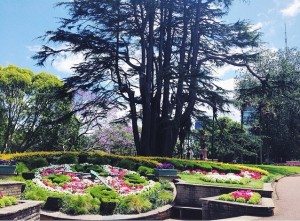 The next morning me and my homestay-friend Cedric went to the bus station to get to school. It would take us about a half an hour to get to the Albert Park where the school was located. Albert Park was immense as Cornwell Park, but it differed a lot from the latter. Instead of fields and sheep, there were fabulous flower beds everywhere and the statue of Queen Victoria in the middle. As it was my first day at school, I passed an entrance test and a short interview with the teacher to determine my level of English. It was said that I was at advanced level of English. I thought, “Thank God I have been attending my English lessons at university”. 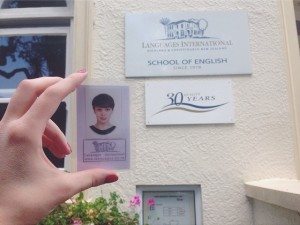 According to the Languages International rules, every student has a tutor that knows his or her first language.  The tutor not only gives some information about the school and the city, but can also solve any problem one may have. My tutor Larissa even took me to the strawberry fields, but this fairy story should be described in a separate note, I guess ☺

As to the Languages International students, there are lots of Swiss students at school, but the Russian ones are quite rare.

I can’t ignore that learning English at Languages International is absolutely outstanding! For example, I would never believe that two-hour English lessons might pass like a minute! But after attending HD’s and Simon T’s classes, I know that it’s true. 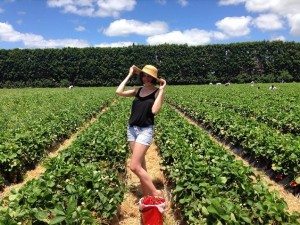 Talking of well-known New Zealand accent, both of my New Zealand English teachers have the classical British one. That’s why I was listening to the specific local pronunciation by talking to Marion, my homestay-granny. That was another incentive to practice English at home☺ The classes started at 8.30 a.m. From 8.30 a.m. to 10.35 a.m. (with strictly 5 minutes of break), I would have my Morning Class. After that, I would have my lunch, usually at Albert Park (it was a real pleasure, I should tell you). From 11.05 a.m. to 1.05 p.m., I would have my Option Class. I chose to improve Grammar and Vocabulary, but such options as Conversation and Business English were also available. Twice a week, students are given an additional opportunity to learn English using the Learning Centre, according to their individual schedules. During the classes, I was feeling at ease, but the very words ‘feeling at ease’ cannot describe that relaxed and pleasant atmosphere! Such a curious thing, isn’t it? Long story short, English at school was serious and intensive, I even had my homework almost everyday… But the pleasure of being in classes made it worth doing it! Despite working hard , I had free time ☺ I visited the Auckland Art Gallery where academic art is mixed up with contemporary, as well as one bookshop where I found a book of Russian Nobel Prize in Literature winner 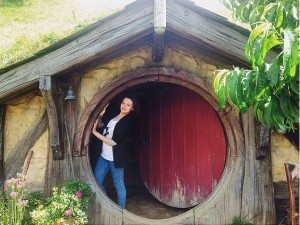 Joseph Brodsky. Certainly, I was enjoying sunbathing on Takapuna beach. At my weekend, I saw the famous village of Hobbiton and the unforgettable Hamilton Gardens that impressed me even more.

Anyway, New Zealand did turn my world upside down! It’s actually a paradise where the high level of urbanization coexists with the innocence of nature. Yet, there are no predators in New Zealand, and this very fact tells a lot. It’s a wonderful country that I’d like to visit again and again!

P.S. I’m ready to write whole treatises of all I’ve seen and felt in Auckland, but I’m not sure they could fully transmit the beauty of New Zealand!

The photos I made (and posted on my instagram @karolina_ponomareva) are just some moments of reality that was looking like a sweet dream! 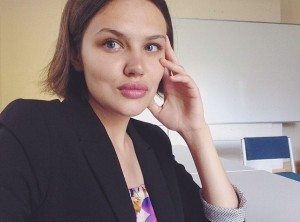 This entry is tagged with: Auckland, News, Written by our Students