Our teacher Sally explores Japan and meets her former students 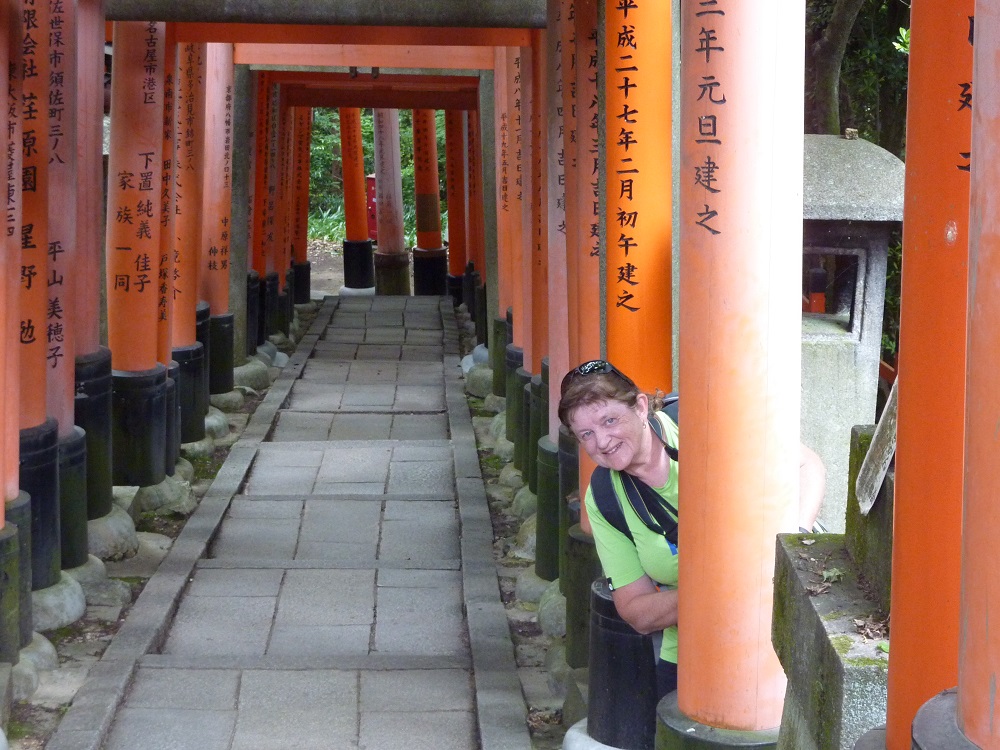 In May this year, I was lucky enough to go on holiday to Japan for three weeks. I travelled with a friend and we visited Tokyo (5 days), Kyoto (5 days), Miyajima (3 days) and the rest of the time we spent in or near Osaka.

I met up with two students that I taught. Saeko Tonooka met me in Shinjuku Station, Tokyo. We arranged to meet at 11am and I was pleased because people told me not to take a train at the busy times. 11am is not so busy. Then we changed the meeting time to 10am, which meant on my first day in Tokyo, I had to catch trains, in rush hour! Anyway I survived and met Saeko exactly where she said she would be. It was great to see a familiar face. 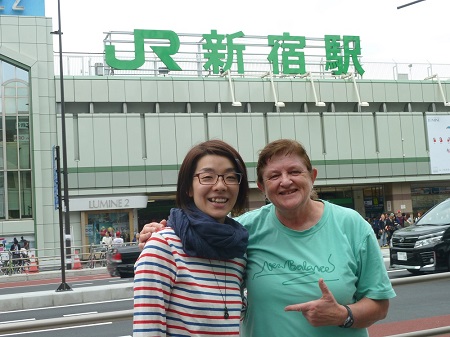 Saeko was about to start a new job that day, as assistant stage manager for the play “Macbeth”. She was pulling a small suitcase and at one time I tried to lift it. It was really heavy, and I found out she had some power tools inside, for her job! It was lovely to have a coffee and catch up on her news.

The Tokyo Underground is amazing. A huge number of people travel that way, leaving the roads with less cars on them. Sometimes when a train is arriving, music plays – not to sing or dance to but to get your attention and indicate the train is just a few seconds away. We were quite shocked the first time it happened. We visited “Sky Tree (tower)”, The Tsukiji Fish Market, Shibya Crossing, Yoyogi Park and did a city cycle tour. The fish market was interesting. It has evolved over time and really is a collection of selling areas that customers can buy fish from. With multiple alleyways, water and power cables everywhere, it is unique. It felt like NZ 50 years ago. Also, no fish smell. The area is to be relocated later this year prior to the 2020 Olympics.

We travelled by Shinkansen to Osaka. More like a plane than a train, with its small windows and seat trays, we felt like kids, trying to see everything out the window, as we hurtled along at 300km/hr.

In Osaka I met Kae Kyotani, a student I taught 10 years ago. Kae trained as a dental hygienist but after her term at school and 9 months working as a dental assistant in Auckland, she returned to Japan and retrained as a primary school teacher. Her mother and sister are teachers. We travelled with Kae and her brother Yuuki to Nara to feed the deer, see many temples and waterfalls, and stayed at a retreat centre that specialised in pizza! A special weekend. 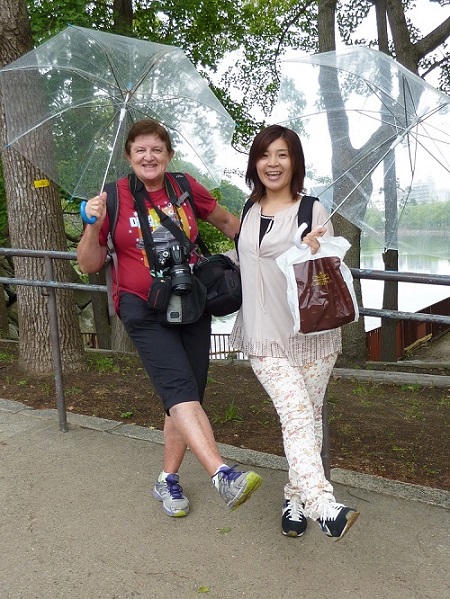 Sally and Kae at Osaka Castle

Kyoto-with so many men and woman wearing kimonos was a great place. We climbed though 1,000 tori (gates) at Fushimi Inari-taisha-to reach the top of the hill, visited a Bamboo Forest and marvelled at the architecture of Kyoto Station. Starbucks was always a reassuring sight, as they were always happy to make me a customised coffee.

Arriving back In Osaka we enjoyed a family dinner with Kae’s family at a chicken restaurant. I think many chickens were killed for that meal! At the end of this wonderful evening, we were shocked to see Kae’s 82 year old grandmother, ride off into the darkness, on her electric bike!

Miyajima is a photographers dream. A huge tori (gate) stands in the water, something in the past that people went through, to enter onto this sacred island. The sunsets were magic. It was difficult to find a place to take photographs as so many other people wanted to do the same. 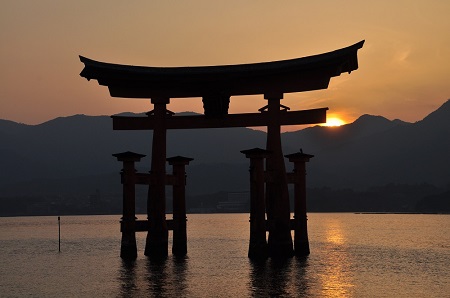 The highlights of my trip were:

Don’t hesitate to go to Japan. It’s an awesome place.

Sayonara Japan. I will return.

Sally is a teacher at Languages International.↑

This entry is tagged with: News, Our People

Sandboarding in the Bay of Islands