New Zealand – so far away and so close 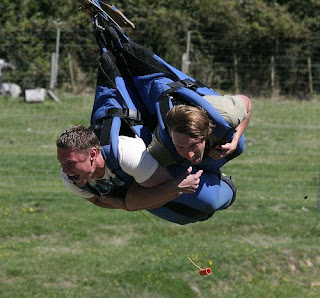 It’s been my second day since I left New Zealand, the second day away from this beautiful and peaceful country. It all seems so far and so long time ago…

Visiting New Zealand was one of the best life experiences I have ever had. On the 8th of January 2008 I arrived in Auckland the business centre of New Zealand. The main purpose of my trip was to improve my English. So I spent the first four months in Auckland studying at Languages International School of English. And those were good four months! First I realized that my decision to come to a foreign country to study English was right. The thing is, in my home country most of the teachers are focused on grammar, though the skills one needs to communicate with other people are actually listening and speaking. From the first day at Languages International I was given a lot of this essential practice. We spoke and listened a lot, and our teachers corrected us – but just at the end of our speech, which was very important so we weren’t afraid to speak. I am sure many people who studied English in their home countries can totally understand how important it is to be able to speak without being corrected every second. English was everywhere; the school organized a lot of social activities, such as games, BBQs, bars, sailing trips and so on, where everyone could practice their everyday English. In addition, my New Zealand homestay family was very nice and I am still good friends with them. They helped me a lot, cooked good meals and were very friendly to me.

After finishing my studies I went travelling, first to Fiji and then to one of the most beautiful places in the world – the South Island. I spent about 5 months in the South Island and these were the best months of my travels ever. I also visited Wellington, the capital of New Zealand. This place is not just where the government sits, but is also a cultural and social centre of New Zealand. I recon it’s my favorite Big City out of all New Zealand. It’s hard to forget Wednesday nights (known as Student Nights) when crowds of students go out to enjoy themselves and mix with others in numerous bars and clubs. I don’t think I have ever met so many people in one night like I did in Wellington. It was amazing!

After 10 days in Wellington I jumped on a plane and flew to Queenstown. Queenstown is a party town and an adventure centre of New Zealand. If you are into crazy staff such as bangy jumping, skydiving, giant swings, fast boat jetting, it’s the place for you. They say that there are about 20-30 thousand local people and 100 thousand tourists in Queenstown. Then I went to Christchurch to sit my IELTS exam and then off to the West, East, North and South Coasts of South Island.

All these destinations were very special. East and South Coasts are famous for their wild life; you can see penguins, sea lions, seals, dolphins and many other marine life there. It could be quite cold and windy, especially in winter time. West Coast and North Coast are my favorite ones. There is a dramatic and a very beautiful coast line on the West Coast, and Punakaki rocks in Punakaki region are just unforgettable. The most spectacular beaches however are the ones on the North Coast. Abel Tasman Park is the smallest national park in New Zealand but is the most beautiful one, and it attracts a lot of tourists every year. There is a fabulous 3 days track, which I have done and was very impressed with the beauty of the nature and the views around me. After doing this track I become really addicted to tramping and trekking so I ended up camping around for another week or so.

After four months of non-stop travelling I decided to settle down a little and found a job in a vineyard in Blenheim which is a centre of New Zealand wine industry. I worked there for about half a month and then went to one of the most beautiful places in the South Island – Marlborough Sound. This place has a very dramatic coastline and magnificent lookouts. I decided to spend the last part of my trip at the backpackers called Hopewell (highly recommended!) It’s a very nice and peaceful place at the end of the world, away from the main streets. This is the place where one can enjoy seafood every day: mussels, oysters, and other shell fish – you can pick them up on the beach just 50 meters away from your room!

New Zealand as a country is one of the friendliest places I have ever been to. NZ people are so polite and easy going. New Zealanders earn enough to make a nice living and at the same time they are so casual and down to earth. If you are in trouble, or need assistance, or just lost on the road, be sure you will get help, even from the total strangers.

And so I’m finishing this letter at home and I can say that I already miss New Zealand a lot. Hopefully I’ll have a chance to visit this fabulous country again.

This entry is tagged with: News, Travel, Written by our Students

Essays from our Students: Part 4

1 Comment to “New Zealand – so far away and so close”