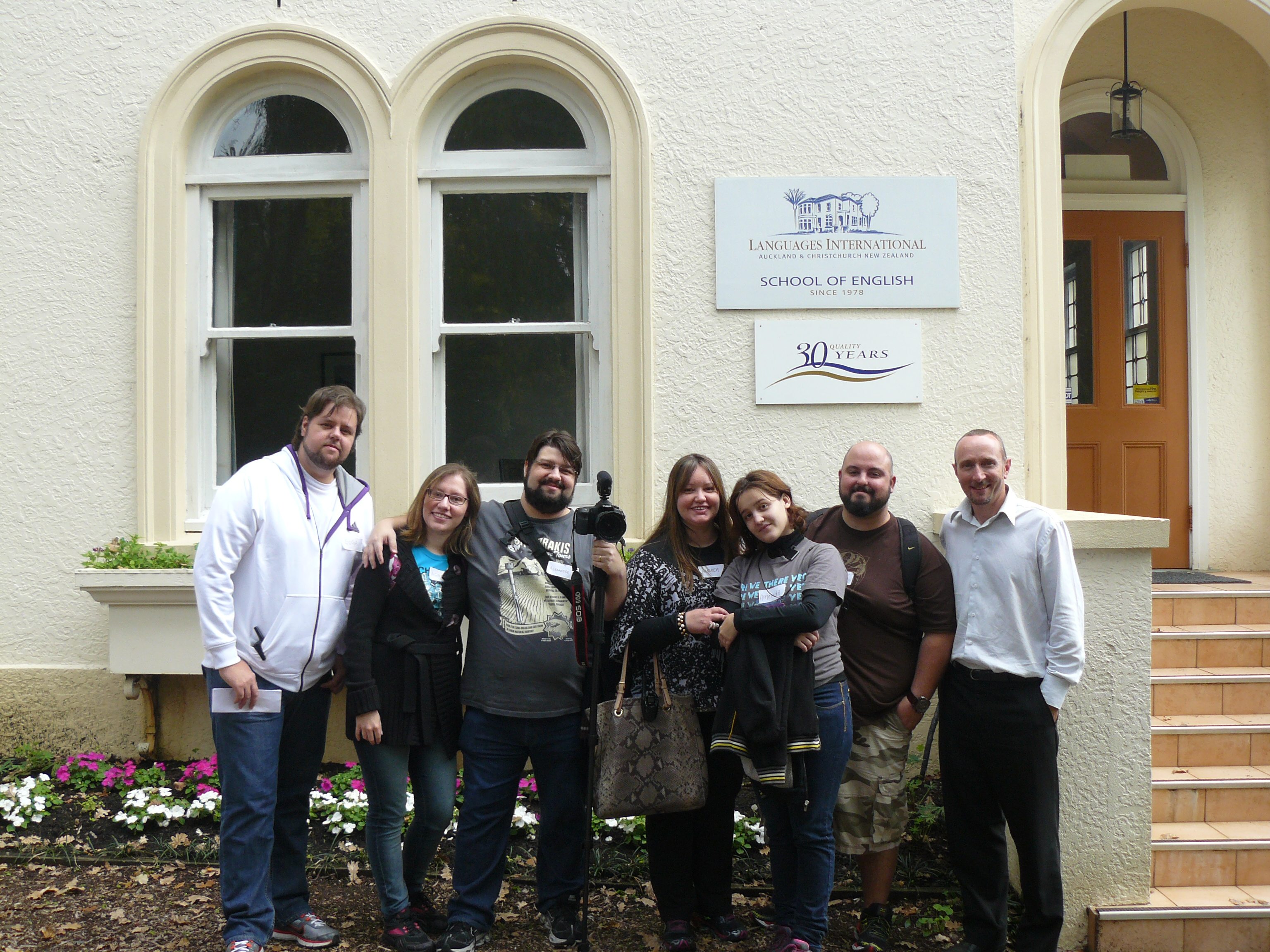 Last week some of Brazil’s most popular bloggers visited Languages International’s Auckland school. Their blog’s name is Jovem Nerd, which means “Young Nerd” in English. They are in New Zealand for two weeks doing a “Nerd Tour.”

While they were at Languages International Auckland, Jovem Nerd filmed the school and interviewed our Brazilian students for their Nerd Tour video series. The videos are likely to be online in late June.

The Jovem Nerd family love The Lord of the Rings and Hobbit movies, which were filmed in New Zealand by famous New Zealand director, Peter Jackson. On this trip, they have visited lots of special places related to these movies such as Hobbiton,  the Weta Cave, and the Jewellers that made the ring.  (You know…“One ring to rule them all!” That ring.)

This entry is tagged with: New Zealand, News

Designing a speaking test for the workplace