“Studying in Languages International has helped me since the very first moment I stepped back in Brazil.” 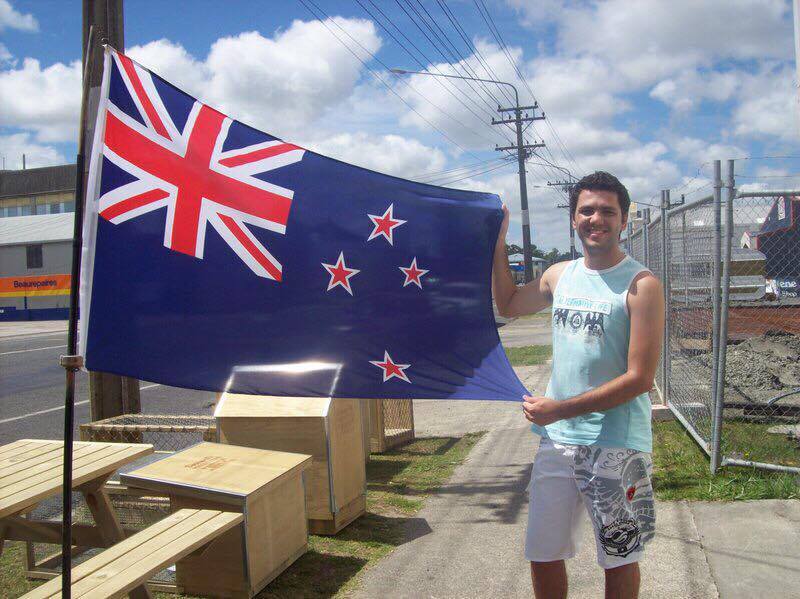 I have been an English lover since I was a kid, so as I grew older I noticed I had to find a way of practicing it all the time. And the only way I could do so was becoming a teacher. And that was the reason I wanted to take a course abroad.

After searching about some possible places to go to, I came across some pictures of New Zealand. And got overwhelmed by the beauty of it. 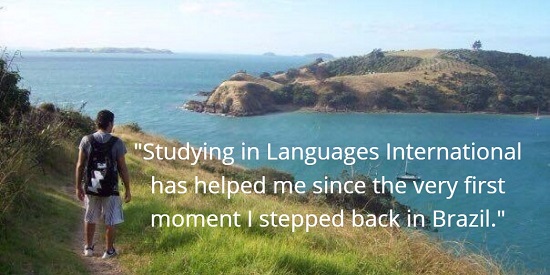 I sought for a specialised agency in a city nearby, and said I wanted to go to Auckland. Then they showed me two options of schools categorising them in terms of quality. And Languages International was the top one. As they showed me some pictures of the school and the place it was in. I just picked it at the drop of a hat.

Studying in Languages International has helped me since the very first moment I stepped back in Brazil. As an English teacher I could get some extra experience not only in the English language but also in how students should be treated differently according to their characteristics and difficulties.

The school in which I was a teacher when I got back from New Zealand had lots of problems when it came to students’ learning. So I decided to open my own school and follow the same steps I could notoriously see back in Languages International.

Besides being the owner of an English school I do not only run my business, I also dedicate some part of my time to teach. I love it!

New Zealand has got more than it portrays. It is a place filled with lovely, warmhearted people who are always ready to help and welcome foreigners. It’s a place where you can match learning and entertaining to awesomeness!

Fabiano was a student at Languages International and is now the owner and pedagogical coordinator of CNA Lafaiete.

“I studied here for 6 weeks, but it was the equivalent of several months because of the huge amount I learnt.”

Is it really TOO late?

Subscribe to Students Say via RSS
See more videos
"I really felt that you guys are really interested in our needs and you care about our learning process. I consider my expectations here regarding my English development were fulfilled, and I'd like to thank you for that"